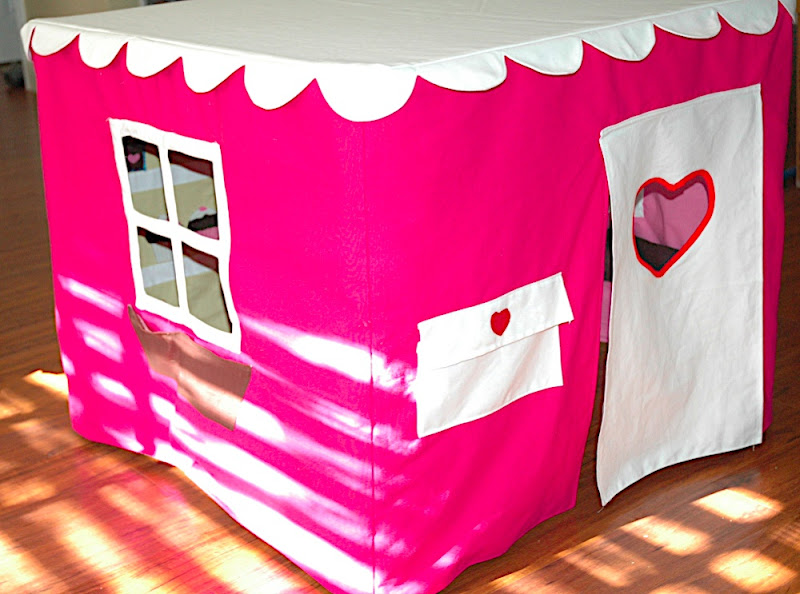 I’ll admit – I’m guilty.
Guilty of stealing…
Ideas.
I’m one of those people who browse Etsy to look for craft ideas. I wish I had more time to be come up with original ideas but with work and kids, I don’t have much time to think that way. It’s kind of sad, really.In searching for something fun for a cupcake party, I came across a felt card table “cupcakery” on Etsy. It was so cute that I wanted to make something like it. But instead of using felt, I needed something more sturdy (knowing how rough the 5 year old is). So I used canvas duck cloth for the outside and cotton for the lining inside.This is a belated Christmas gift for my girls. My intention was to start this project in mid-September since I knew we would be quite busy from October through December. If you read my previous post, we have been hit hard with two family deaths in September and my project had to be postponed. So I started in the beginning of December. It wasn’t nearly enough time to get it done by Christmas – especially while keeping it out of the sight of curious little eyes. It meant a lot of night sewing and cutting at my friend’s studio.

I’m proud to say that I got this project done while it’s still Christmas (since for us, Christmas doesn’t end until 12 days after Jesus’ birth) and BEFORE the new year.

Looks simple, right? Well, not quite. I pondered over the best solution for the scalloped roofline and had to figure out how to get everything I wanted in there. You’ll see what I mean…

As you can see from the top, there’s a “working” mail box and a paned window with a window box for flowers (I still have to put flowers in there).

Here’s a look at the back and the other side: 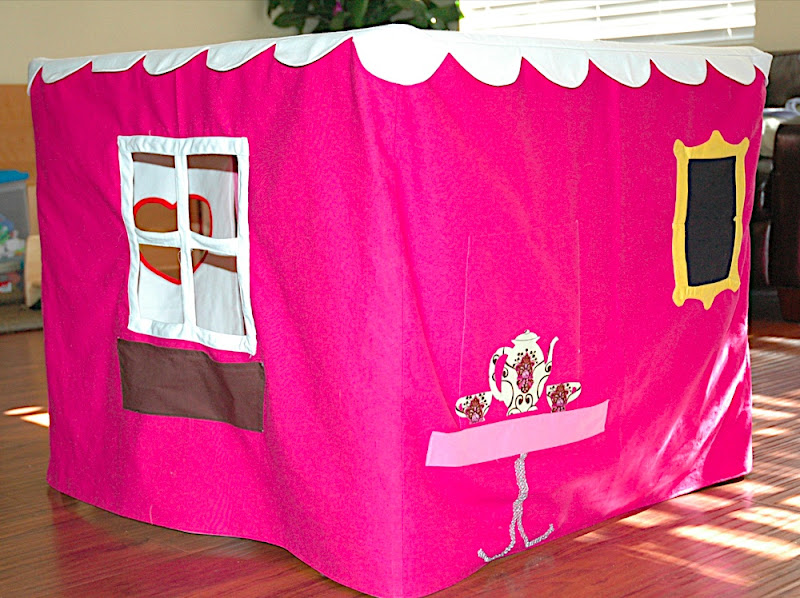 You can slide half a sheet of paper in the frame (for a menu) and the teapots and cups are removable, made out of magnets, fabric and mod podge. I’ve sewn a slot to insert (and remove) 8.5×11 magnetic sheets.Take a look inside. This is the back of the house: 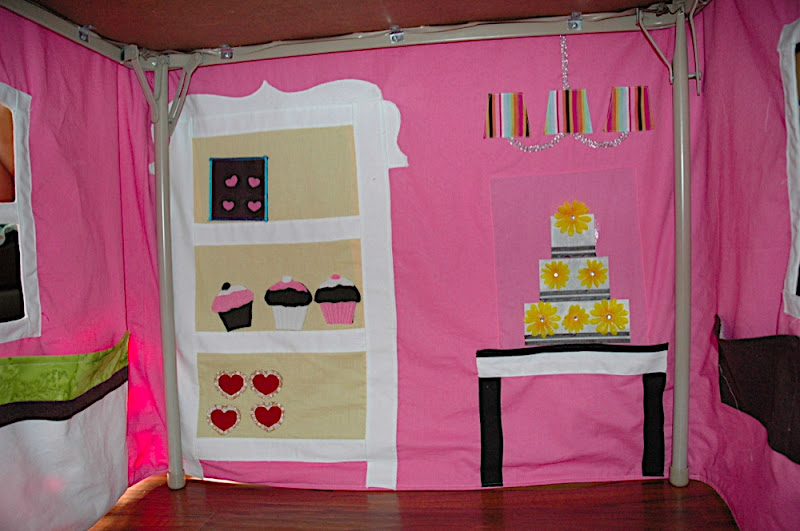 The cookies, cakes and chocolate box (with chocolates) are removable. The shelves and table top have magnet sheets behind them. I made everything but the cupcakes – those were made by my friend Pam’s daughter, Amber (who’s also a cupcake aficionado) who resides in Minnesota.Here’s the left side: 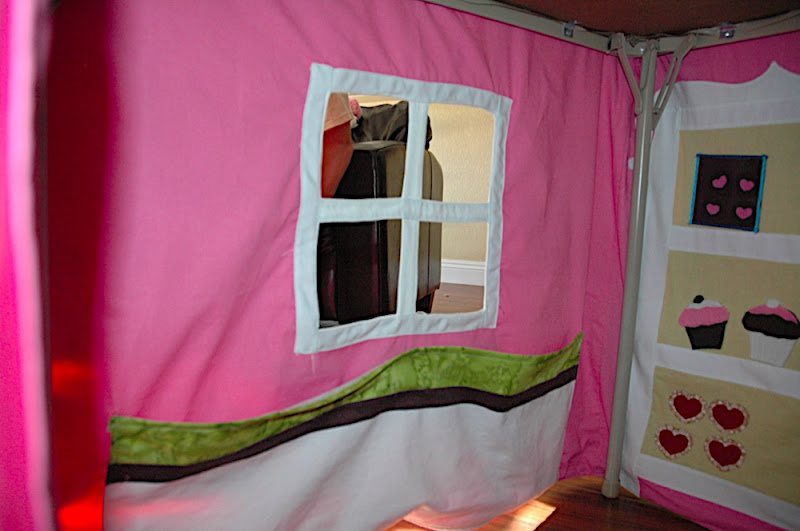 There’s a “storage bench” which is really a big pocket.And the right side: 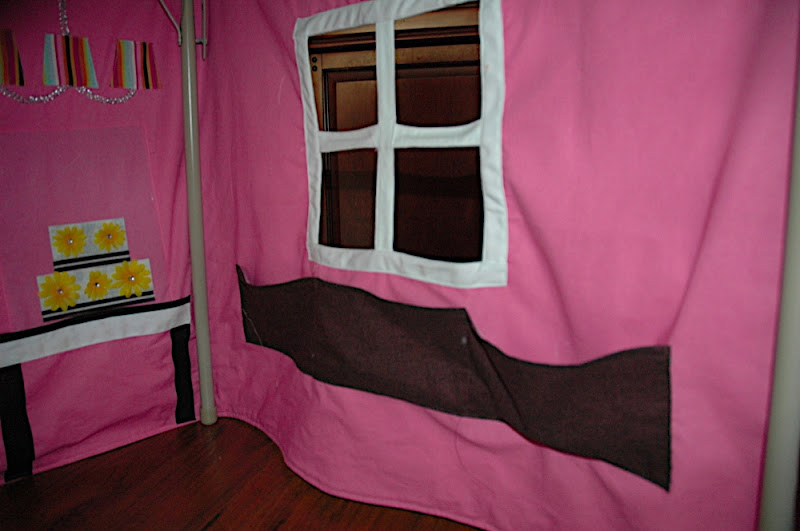 There’s a “shelf” which is separated in three sections. The girls have already put toys in it.The good thing about a playhouse like this is that it’s fairly easy to clean and you can easily fold it up and put it away. But right now, it’s probably going to be out for a while. Both the cats and the girls are having fun in it.