It was one of those mornings you typically think of when camping… chilly. It was chilly to the point you don’t want to get out of bed. Despite the cold, we did our usual routine… packed and left. We had breakfast at Melita’s in Chiloquin at the recommendation of our camp hosts. It was our first big breakfast in 5 days.

I have to say the name, “South Oregon Burrito” is about right. The only thing “burrito” about it was the tortilla. It’s like stuffing a traditional breakfast in a tortilla with salsa on the side. I guess burritos become less like burritos when you venture away from the U.S. southern border. The coffee was weak at Melita’s but keep in mind, we’ve been making coffee out of a French press. Plus we like our coffee strong enough to make your hair stand up.

It was Sunday—time for mass. We found a little Catholic church – Our Lady of Mt. Carmel. The church was your quintessential white chapel with a little steeple that housed the bell. The bell was manually rung by a man who pulled a thick cord from the inside. It’s quite a contrast from the more modern parishes who use electronic systems.

We fulfilled our spiritual needs and set out to see Crater Lake. On the way there we stopped at a “mom and pop” place where we wanted to stay instead of camping the previous night— The Holiday Village Motel. My husband stayed here on a previous trip and wanted to revisit this quaint and quirky motel. Sadly, it was closed due to some plumbing/sewer issue that was too expensive for the owners to repair. So they had shut the whole place down. 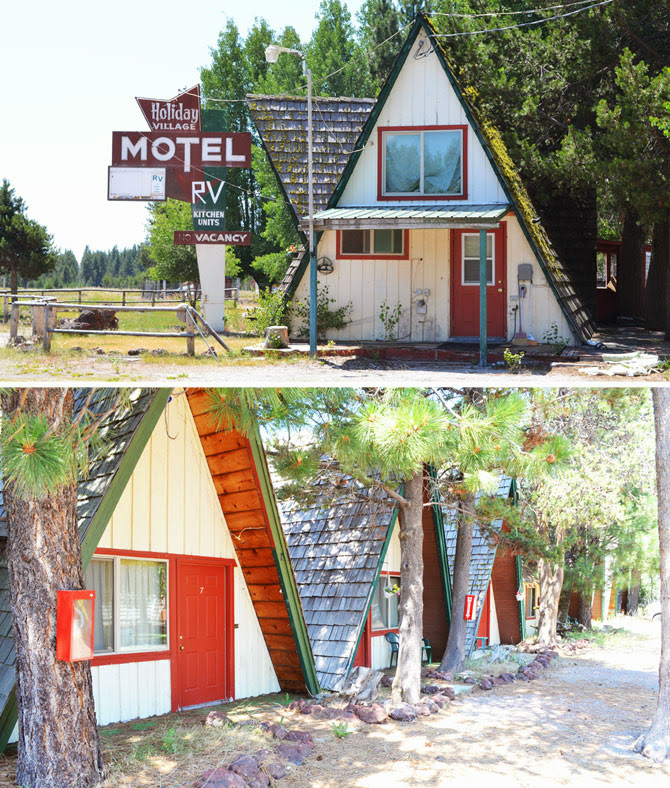 So off we went to Crater Lake…We felt like VIPs using our National Parks Pass. Crater Lake was formed when a volcano collapsed. The lake water comes from the snow melt as there aren’t any rivers flowing into the lake. There’s an island in the lake that was created when a cinder cone erupted while the lake was forming. This makes it look like the top of the volcano was placed in the lake. The lake is the deepest in the U.S. and it’s deep blue hue is stunning.

Crater Lake was just gorgeous. The climate was also cool. There was still snow laying around (yes, this was summer) and the kids got in a snowball fight with their dad.

After lunch we headed toward Portland to visit a childhood friend of my husband, Thom. On the way there we were impressed by the dense forests and the visible process of logging, replanting and growing on the mountainsides. We were A quick “drive-by” photo of the Washington State sign[/caption]

Holly sent us off the next morning with a bag full of deliciously awesome blueberry muffins (made with local blueberries) and we made our way to Seattle. Along the way we stopped at a Goodwill to find some crutches for Thom. We did the tourist thing and visited the Public Market plus took a quick gander at the Space Needle. Seattle is surprisingly hilly! I would compare it to San Francisco. We spent a night at our friends, Jason and Ashleigh’s, home in the suburbs of Seattle. We met the newlywed couple on a cruise in 2011. We told them we’d come and visit someday and they were surprised that we kept our word! Seriously, how many people do that? (We do.) The girls played with their daughter and had so much fun giggling all through the night. We shared a good meal, I got my baby fix from holding their newborn, we caught up on our lives and had a good rest for the next day. It was great to see friends along this trip. 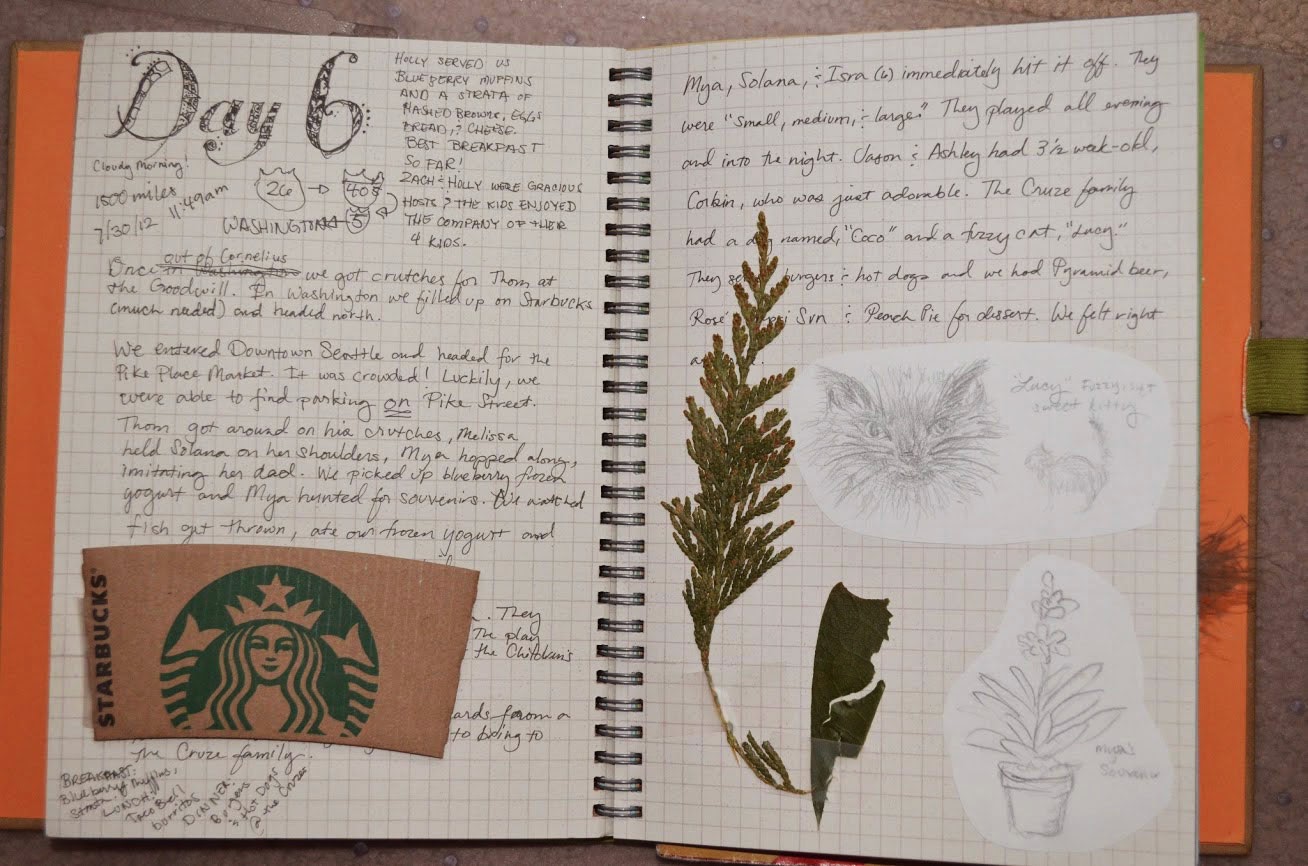