Guess who showed up at the campground?  Apparently “Mindnight Charlie” was prowling around at night which spooked a dog when the bear brushed up against a tent. The bear threat was all too real.

The morning was a bit chilly but we managed to get ourselves out of the tent. Breakfast was interesting. We couldn’t pack fresh milk so we had our cereal with a powdered milk mix. I don’t remember the last time I had powdered milk. My husband said he had it all the time when he was a kid. (Well, I guess I’ll have to get used to this “milk.”) Taking down the site in the morning and swiftly heading out was going to be a regular routine.

Camping truly is DIY — and we were loving it!

At this moment during our trip, it dawned on me that the KOA in Sacramento was the only reservation that I’ve made for this adventure. We didn’t reserve anything after this, except confirm with a few friends that we plan on visiting them.

Once in Sacramento, we set up our spot at the Sacramento West/Old Town KOA. It was located in an industrial part of town, next to the highway. We were already spoiled by two days of being amongst nature that camping in this area seemed to be quite the odd juxtaposition. The site was a little windy. We had to stake down more reinforcements on our tent. We arrived around the same time as our neighbors, who were struggling to put their tent together. We offered to help but there was a bit of a language barrier — I knew nothing of Korean. Our site had electricity so we plugged in our electronics. We allowed our our neighbors to charge up as well (luckily, we brought a power strip).

With a little more freedom in the car and no threat of bears stealing our food, we set out to see Old Town Sacramento.

Old Town was quaint and had quite a few shops worth browsing. It was a few city blocks, located next to the Sacramento river. The kids enjoyed “Danny’s Doughnuts” which had mini donuts and generous portions of ice cream. Not to mention that we were served by Danny himself!

Back at the KOA, the kids went swimming in the little pool (a lot of kids in the pool = a lot of chlorine). Then it was dinner time. Let me tell you, I have never seen so many Asians at a campsite. My husband said that this was the first time he’s ever been camping where the only English he’s hearing was his own. Our other neighbors were totally GLAMPING. They brought a rice cooker and a microwave! If I’m not mistaken, they had a video game set up, too. SO unheard of! Wow. We were enjoying this experience, even though it wasn’t really “roughing it” so much. In the spirit of being among “my people” — Asians, that is, I whipped up some stir-fry and rice (sans rice cooker). We got a visit from the man at the campsite next to us. He offered some Korean cookies as a thank-you for letting them use the power. 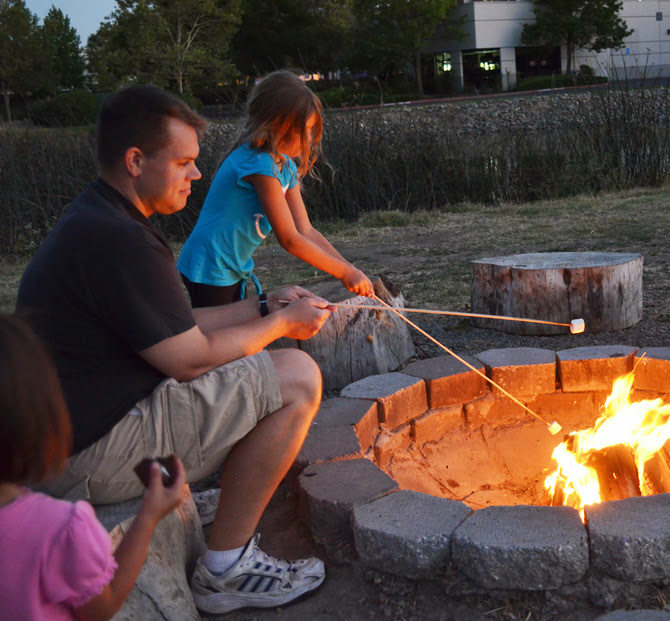 We topped off the night making s’mores with the camp gave a presentation on the animals they rehabilitate. They also brought some rescued animals to show off. The kids enjoyed it so much that they ran back to the campsite asking for money to donate to the organization.

The bathrooms were nice and clean, and the showers were free (yay!). Plus, everyone was friendly. It was a pretty comfortable stay — not bad for $19! 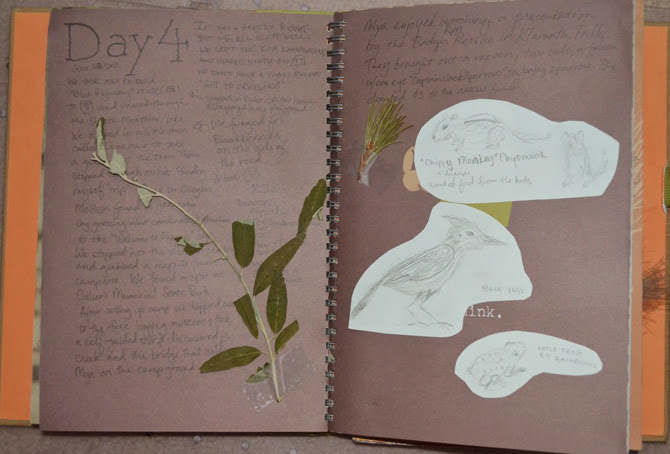 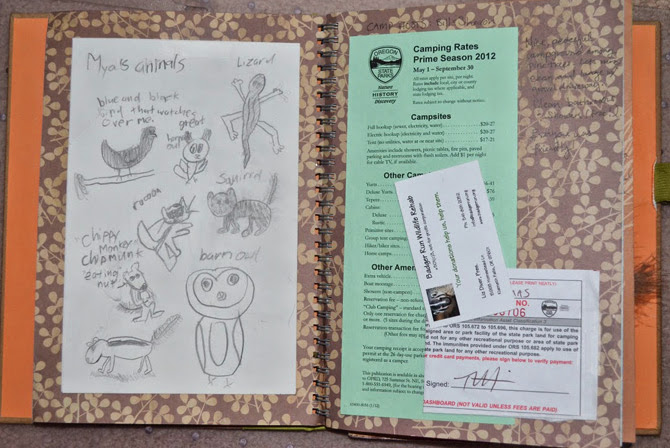