Previous leg: Through Texas, Oklahoma, and to Missouri

This area of Missouri holds a place near and dear to our hearts. It’s been said that my husband’s late maternal grandfather loved the river so much that he worked hard to get it to a National Park status and even came up with the name, “Ozark National Scenic Riverways.” What a legacy!

Today was the day we were going to go canoeing. We got up promptly even though we spent the night trying to scare away critters. Some raccoons and skunks paid us a visit (luckily, without spraying) and helped themselves to some food. We even found a raccoon prying open our supply bin. The most it did was unwrap our toilet paper roll.

We drove up to Akers Ferry where we signed waivers and boarded a bus that pulled along our rented canoes, oars and life preservers. The plan was to start at Baptist and float 18 miles back down to where we parked. Not only were we outfitted with our “floating gear,” we were given mesh trash bags to take with us to ensure we do our part to keep the river clean. 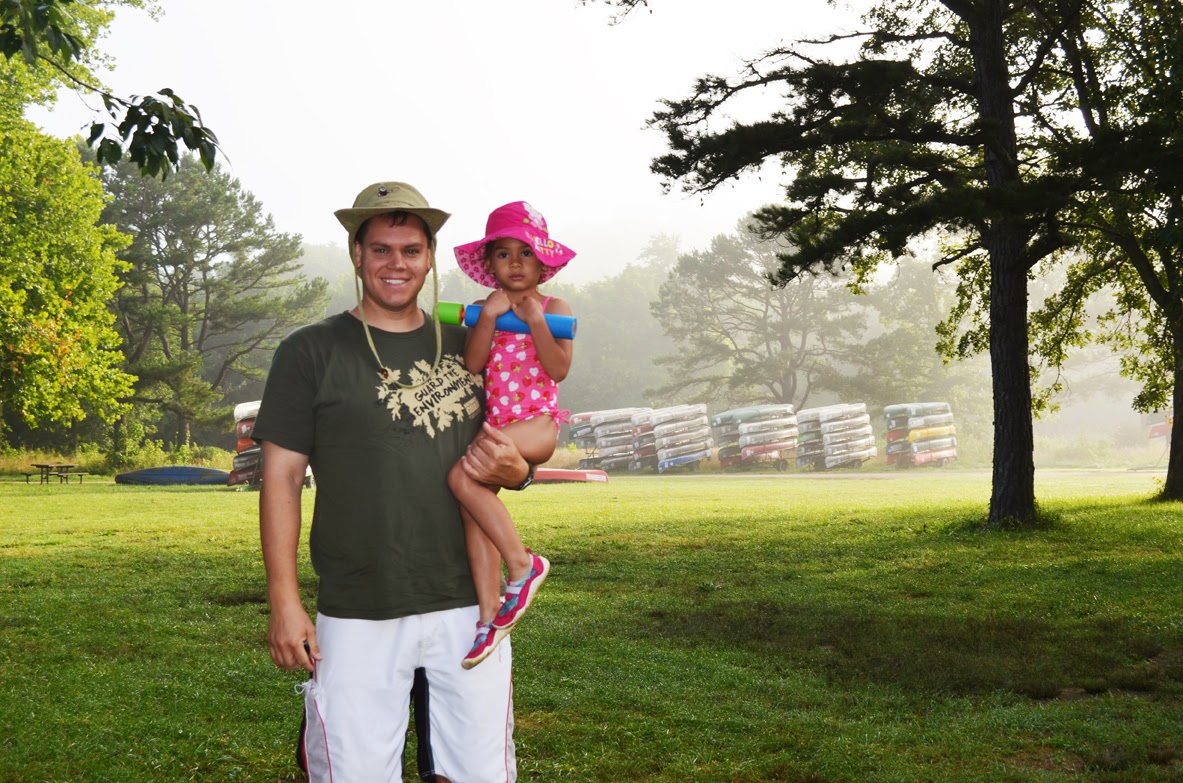 Canoeing is definitely more than just mere “floating.” We had to maneuver a few obstacles, sandbars and currents that would drive us into rocks or downed trees. We made a few stops along the way to swim and have snacks. The kids caught and released minnows and crawdads with nets that their uncle made for them.

We witnessed a first—My husband’s dad tipped his canoe. Unfortunately, our oldest daughter was in there with them and thankfully, she had a life vest. By the grace of God, the only tragedy was losing an old watch. Everyone else was unscathed. My daughter rode with our family the rest of the way and constantly reassured herself, “be calm, we’re not going to sink.” The rest of our trip was fun, with fast-moving water and many turns.

Thom said that the river was a lot cleaner than he remembered it. We used the provided trash bags to collect more trash that we found in the river — among them were cans, bottles, nets, and a camping pot. I think the efforts of everyone doing the same were helping to keep it beautiful.

Back at camp our friends prepared a dinner of hamburgers and salad. After a long day of canoeing, we all slept well that night.

The morning was spent making plans for the day. The camp host stopped by and gave our girls the Junior Ranger packets, badges and patches. We were pleasantly surprised! 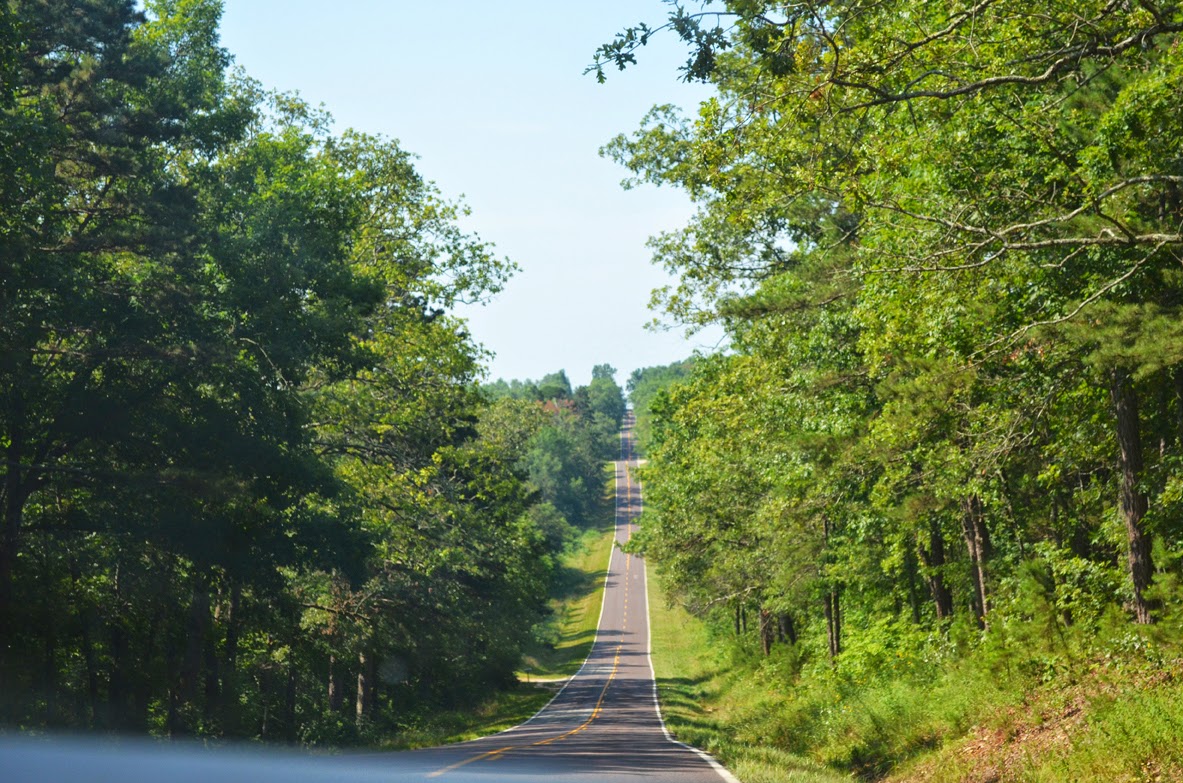 We decided to head south to the Missouri/Arkansas border to visit Mammoth Spring. We took Highway 19, which was very much like a roller coaster. It was fun to be on but eventually we started to get queasy.

Mammoth Spring is on the Arkansas side of the border and is one of the largest springs in the Ozarks. It produces 9.78 MILLION gallons of water PER HOUR. (That’s so unheard of in California—send some over here!) The area was pretty and we all took a walk around and fed ducks. There was a hydroelectric plant powered by the spring and some docks for pedal boats. 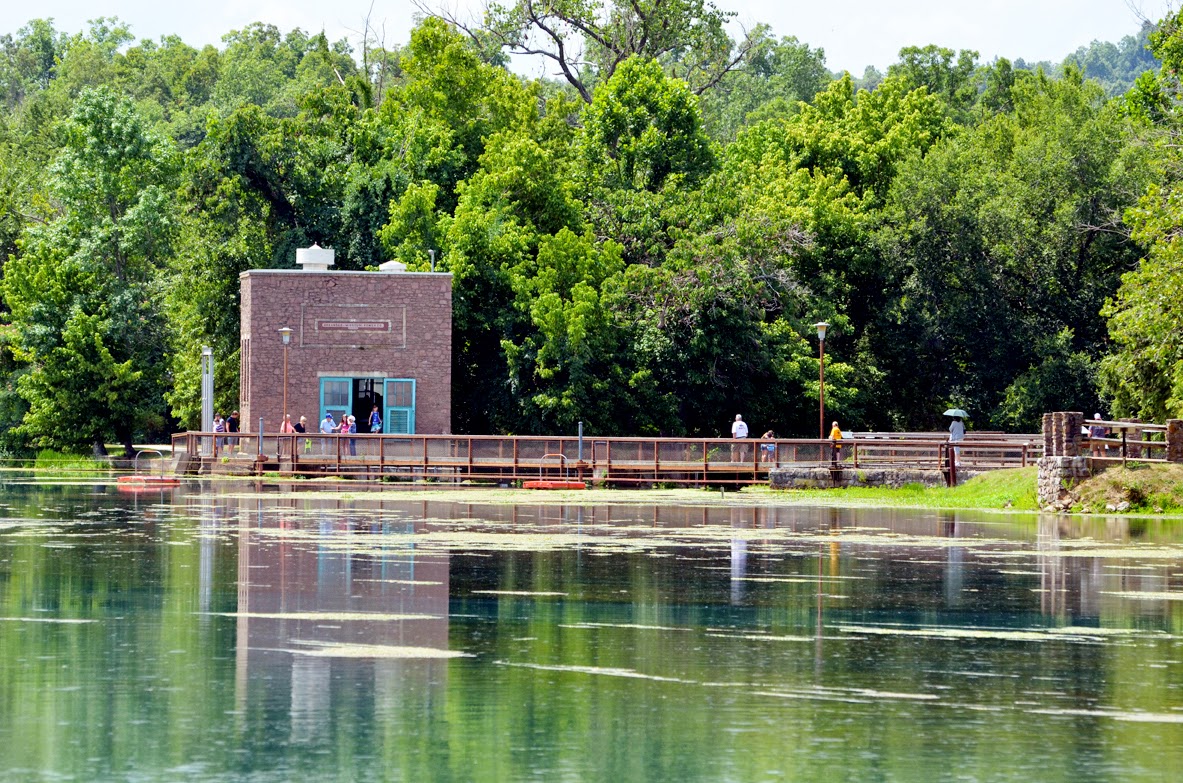 We had lunch at a Pizza Inn on the Missouri side and headed up to Alley Spring. I have visited Alley Spring when my husband and I were first dating. Back then, we just took a quick look and left. This time we spent some time walking around the historic grounds and buildings. We visited the mill, a general store and an old schoolhouse. 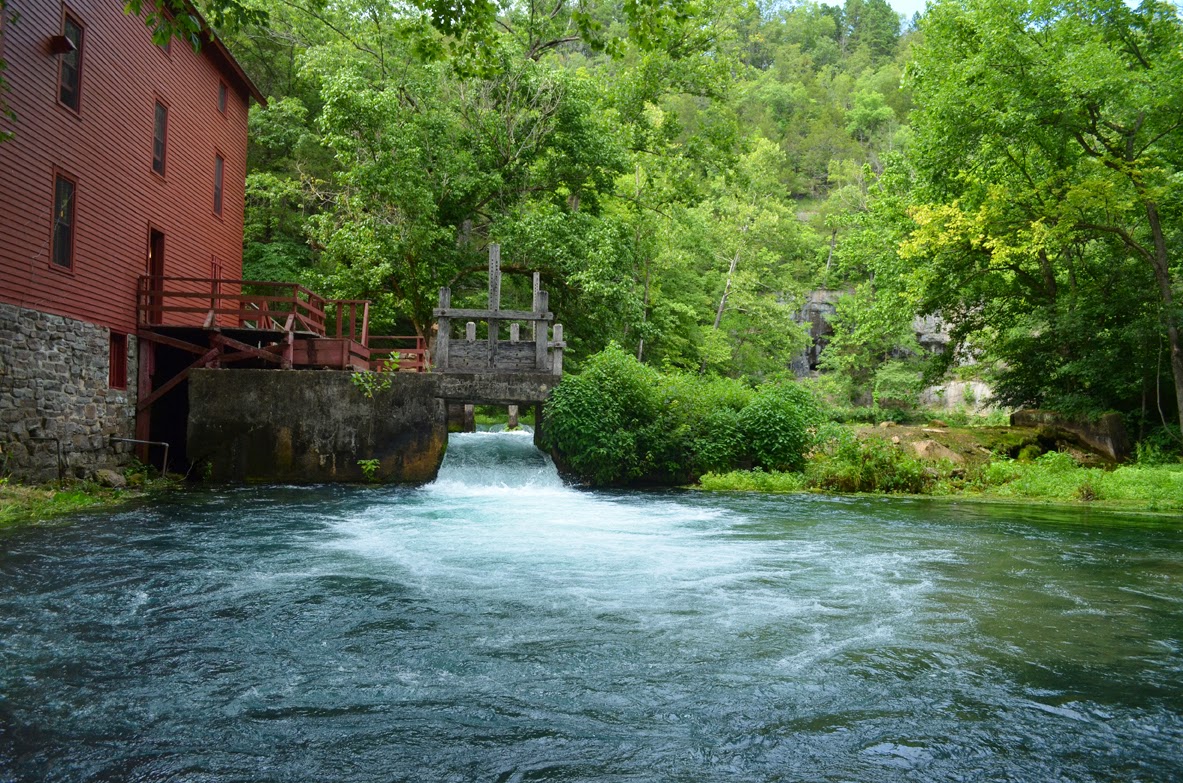 Back at camp, we suited up and drove to Sinking Creek to play in the water. Sinking Creek feeds into the Current River (which lives up to its name). So we kept close watch of the kids, so that they don’t float away with the current. We built small dams out of rocks to raise the water level to make our own floating path. The kids really enjoyed experimenting with different rock sizes to see what would work best. It was a great day. 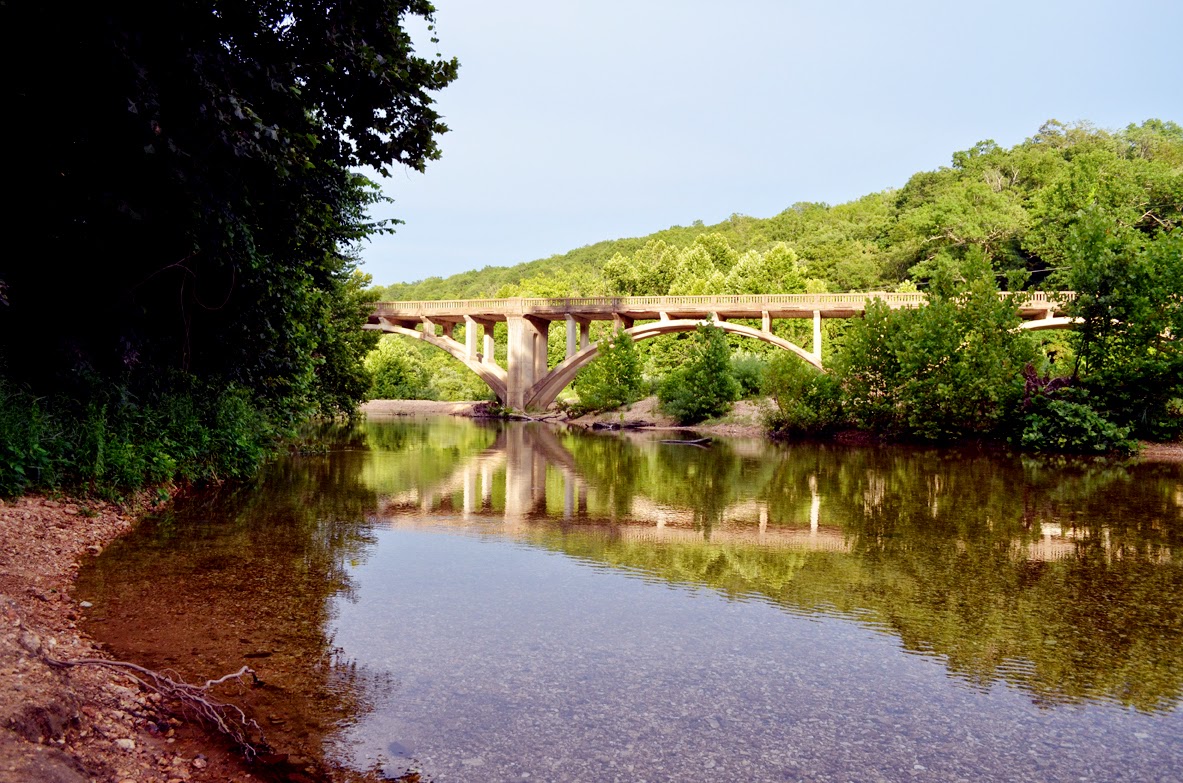 We finished off the pizza for dinner and tried our best to eat a whole watermelon (the best we could do was half). It was our last night of camping. We had new neighbors in the adjacent campsite who were making noise. But when Thom’s dad pulled out the bear bucket (a bucket with a shoelace that can make a mean bear sound), they promptly quieted down. We were all able to fall asleep to the wave-like chirp of the cicadas and crickets. Throw in an wolf howl and an owl in there, and it made for a perfect night-time symphony.

Next up: St. Louis to Kansas City