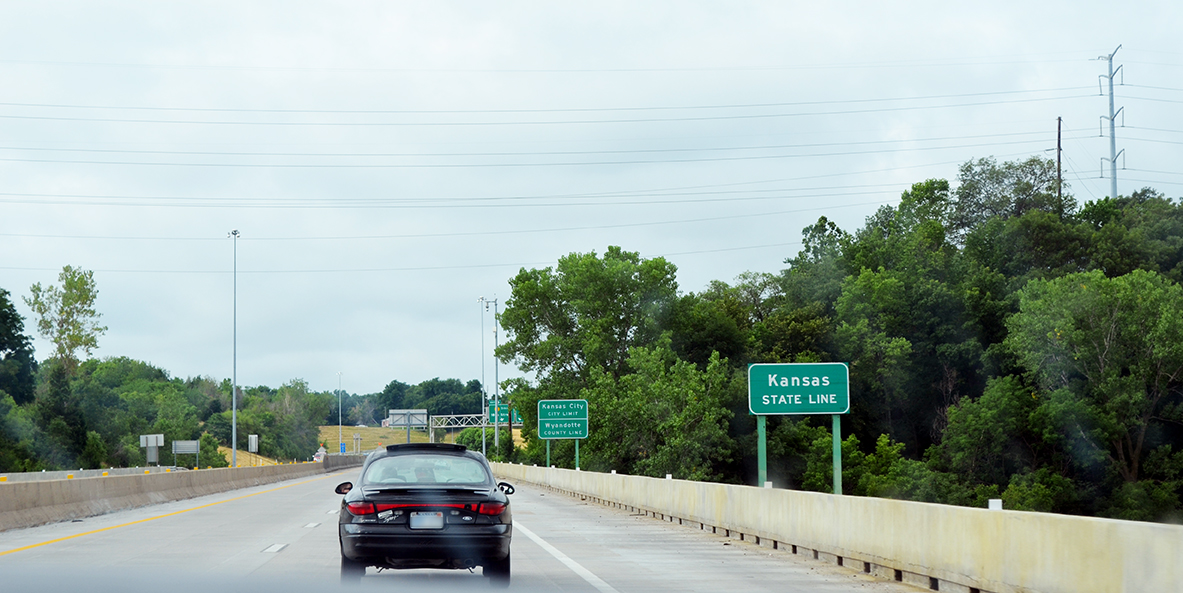 We filled our bellies with a breakfast of scrambled eggs, cinnamon bread and turkey bacon. It was “get up and go” time again and we were leaving Missouri. Our goal was to get through most of—if not all—of Kansas that day. My husband claims, “it is THE most B-O-R-I-N-G drive. Nothing but flat fields and farmland.” I thought, it can’t be THAT bad.

We were all hungry so we took the exit to Victoria, KS and ended up at St. Fidelis Catholic Church, better known as the Cathedral of the Plains. It was a grand building — seemingly out of of place considering its surrounding of plains. We parked in the courtyard of the St. Francis Seminary and ate leftovers from the previous night and PB&J. 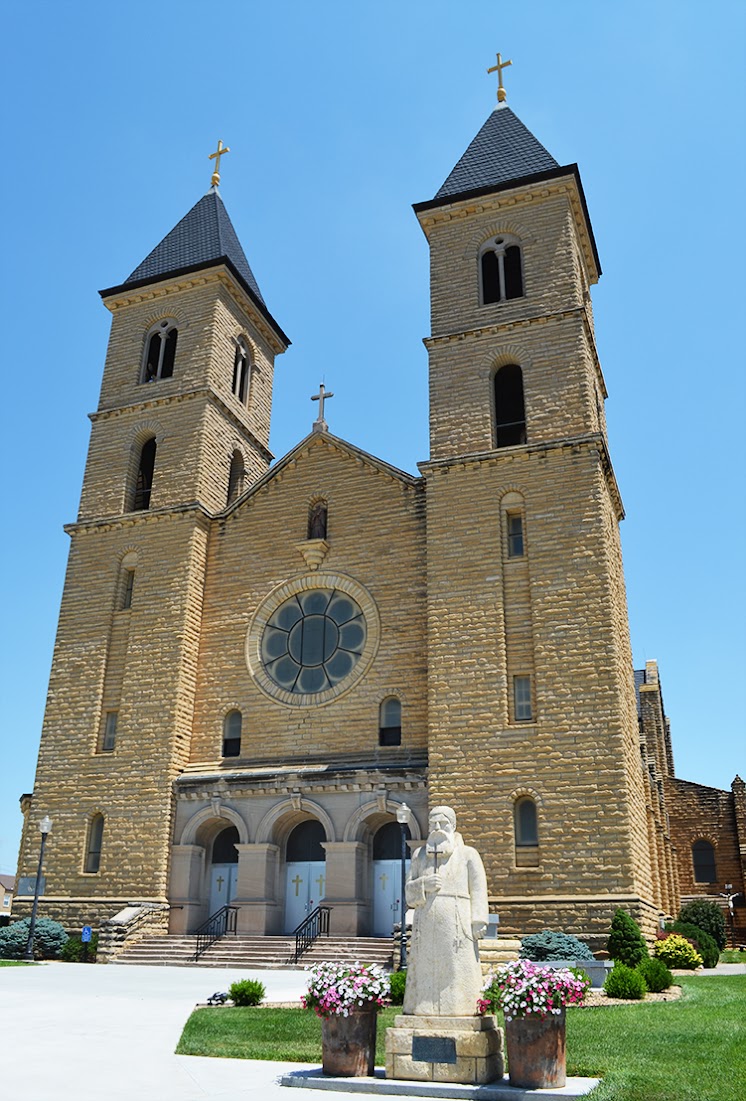 “Kansas — Nothing to see here folks… move right along.” Thom was right.  Maybe I’ll give it another chance some other time… with more research. 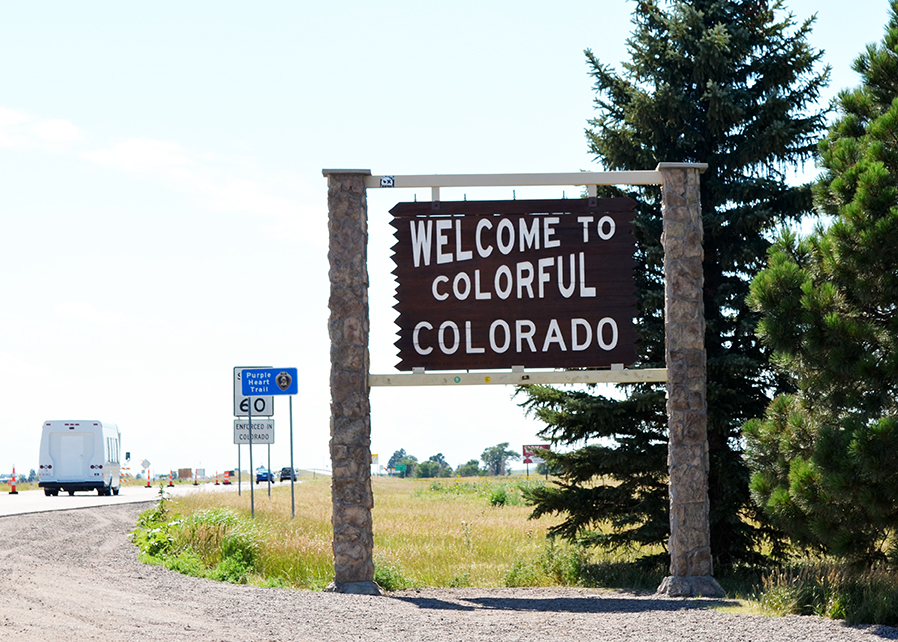 We entered Colorado at 3:40pm MST. A sense of relief overwhelmed us. We booked a night at the KOA in Limon, CO over the phone. The kids were looking forward to a pool to cool us down. When we checked in they gave us site #37 — same as the KOA in Williams, AZ! We immediately hit the pool after setting up camp. The pool was small but it was clean and the perfect temperature. The whole “Kampground” was smaller than ones that we have stayed at. I guess it’s to be expected since Limon seemed to be a pretty small town. It didn’t matter anyway, we got there late and didn’t plan on lingering. 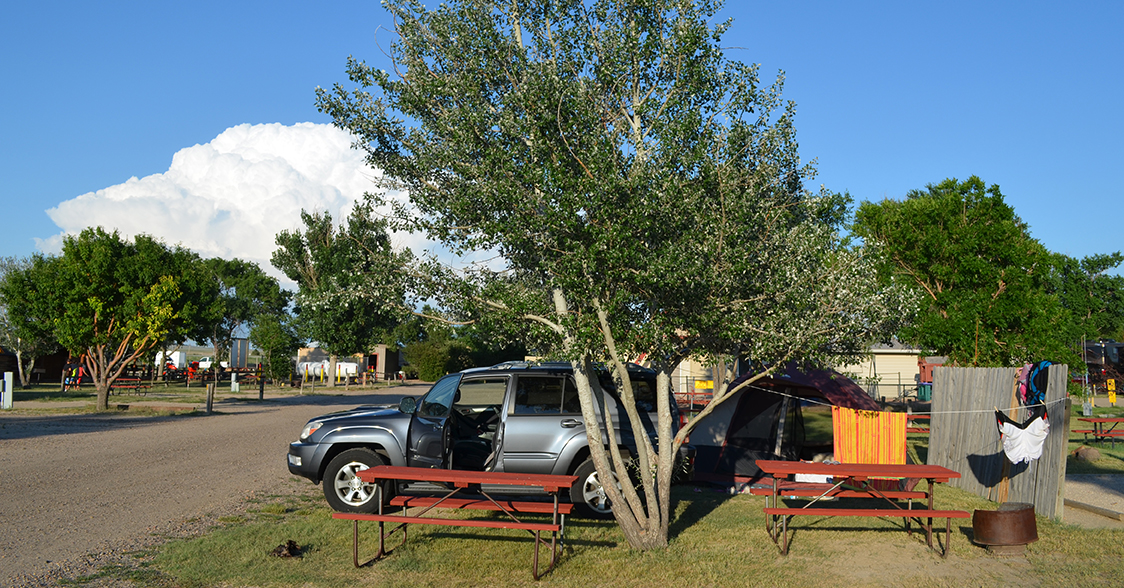 We ate our last can of refried beans tortillas for burritos then drove around the small town just in time to catch the moonrise and sunset. Back at the campsite, we battled mosquitos while making dessert then hastily made our way to bed.

We didn’t get much sleep. It was windy and the tent was being blown about. A train horn blew 4 times in the early morning and kept our eyes open for a while.  We broke down camp and wove our way through Colorado by a scenic route recommended by a road sign (Route 86). We hit construction traffic on I-25 and took side streets as a detour. We stopped at a Mexican food shop and stocked up on 6 for $5 tamales (a.k.a. dinner).

After a few kid meltdowns, we made our way into the glorious Rocky Mountains. We checked in at the Aspenglen campgrounds. Our campsite was right at the edge of the Old Channel of Fall River, Site 44. The tent pad was shaded by aspen trees and we had a small trail to the river. We got quite winded setting up camp, having not quite adjusted to the altitude. All of a sudden we hear our daughter wailing near the car. She had slammed her finger in the door. We were out of ice and instant cold packs so we told her to stick her hand in the cold river.  Yup, the nail was definitely was going to bruise and fall off. 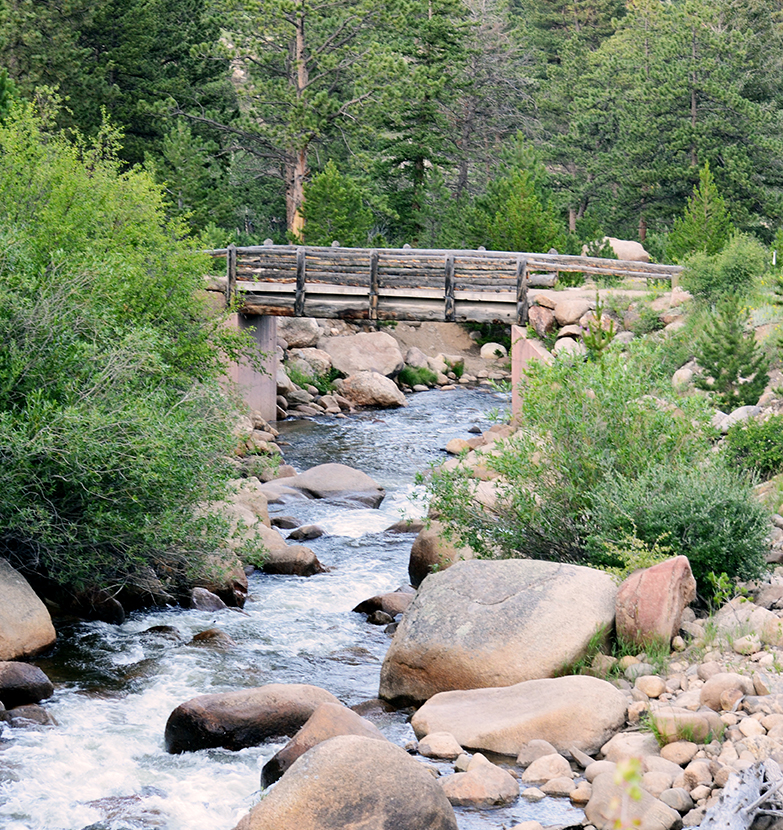 Apparently, we weren’t as tired as we thought we were. Thom had energy enough to do a little more exploring and so we drove to the Alluvial Fan. The kids were in a grumpy disposition but that soon changed when they saw the big boulders and rushing water. Soon after, we drove through town and took an amazingly scenic (and windy) back road to Estes Park. We ate our dinner of tamales at a McDonald’s picnic table. 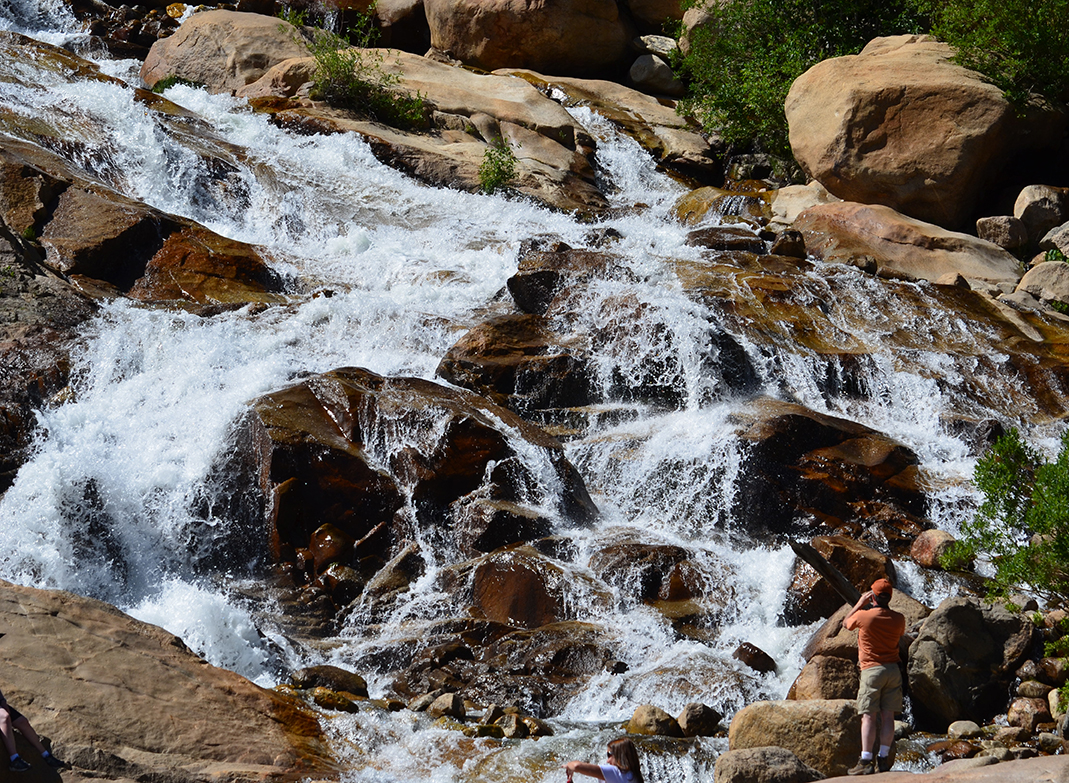 On our way back to camp, we spotted a mule deer at the entrance of the campground. We killed some time by filling out the Junior Ranger Badge book until the evening’s presentation started. The presentation was about how animals survive the Alpine Tundra and we learned a lot about the different animals that lived in a high elevation. It was a very interesting presentation but the kids were getting chilly and restless.

We bundled up in three layers that night expecting it to be very chilly. The gentle sounds of water rushing over the rock in the river put us to sleep that night.

Next up: Exploring the Rockies