One of the best purchases for this trip was a 1.5L stainless steel insulated French press. We usually bring a glass French press on road trips because of its compact size and ease of use. Having an insulated press with more capacity meant that we can make our coffee and not have to quickly guzzle it down on cool mornings as we break down camp and load the van. This was one of those mornings where it was nice to have a hot coffee and hot pancakes before we headed out.

We said our good-byes to Keith, the camp host and made the quick drive north to the Oregon border and stopped for an obligatory photo of the “Welcome to Oregon” sign. It was nice to drive the southern part of Oregon’s Highway 101 as we only driven the northern part a few years ago.

There were a few marked stops along the highway with small parking spaces where you can walk to more scenic views. We stopped at the Natural Bridges waypoint and took a lush, tree and plant-lined trail that led to a viewpoint / cliff. One side of the cliff overlooked a beach waterfall and an outcropping that had a natural bridge formed by the forces of the waves. It was beautiful but a bit harrowing for my husband, who was nervous about being so high up and a possible misstep by the kids.

As we continued on the highway, we noticed a lot of backpackers and bikers. It seemed that this area was great for traveling afoot! People also drive slow in Oregon…like under the speed limit slow. You couldn’t pump your own gas either (at the time anyway). So it was quite a change of pace for us Californians.

Lunch neared and we stopped in Port Orford, hoping to find some good fish and chips. But our first order of business was to find ice blocks for our Coleman Xtreme cooler as we were on the 5th day of our trip and our ice was now water (that’s a pretty long time for a cooler to hold ice!). As Thom went into the store with our toddler, we heard tsunami sirens go off. The locals didn’t take action so we didn’t worry too much about it.

Local fishermen pointed us north to Bandon for lunch, where we followed signs for Old Town Bandon that led us to a quaint-but-touristy bayside town. We settled on eating at the Bandon Fish Market and ordered a Dungeness crab sandwich, clam chowder and Pacific Cod fish & chips for $38. The place was crowded, seating was at a premium and the wait for food was long. The food wasn’t too memorable — the fish and fries were cooked well — not too soggy but other than that, it left more to be desired. Plus our clam chowder was pretty lukewarm.

The word “sweets” caught our attention and we walked across the street to Cranberry Sweets. ALL their products had samples. My family loves free stuff and sweets — we could have eaten them out of business. But we showed restraint (at least I monitored the kids to be a bit more considerate). Their specialty is their “pate de fruit” otherwise known as fruit jellies for us non-fancy speaking folks. I enjoyed the lemon meringue pie candy, cranberry pate and their rum chocolate. We felt guilty for eating so many samples and ended up buying a rocky road bar and some taffy.

Our next mission was to find a campground and we seem to have a hard time learning from our past road trips that campsites in summer can be hard to come by — especially by the coast.  The nearest KOA wouldn’t fit our tent so we followed a sign that said “tent camping” that led us to Coyote Rock RV Park in Siletz. We drove around the RV Park and didn’t see anything suitable at first. On our way out, we caught the manager and she directed us to a spacious spot in a meadow next to the river. The camp manager, Kim, was very nice and took care of us during our stay. It was $28.75 for the night (showers included) plus $5 for firewood.

We set up camp as quickly as we could since it was past 7pm and I made a dinner of cheeseburgers, salad and chips. Dinner cleanup was a struggle since the water spout sprayed everywhere except where we wanted it to.

The next day we woke up to crows cawing about. Our goal was to leave at about 8am and we had breakfast burritos, coffee and hot cocoa. We met our neighbors who were from Arizona and stayed at this particular RV Park for 3-4 months at a time during the summer.  They gave the girls pieces of jasper that they collected at the beach and tumbled. By the time we finished chatting, eating and breaking down camp, it was 10am—So much for leaving early!

We had to stop in the Tillamook Creamery while we were in the area because — why not? As we neared the factory, you knew you were in the right spot when you hit the overwhelming smell of cows. The museum was small and and some interesting exhibits about milking cows. The line to sample cheese was ridiculously long so we opted for the ice cream counter. We ordered a triple-dipped waffle cone dish that held three flavors of ice cream: marionberry pie, huckleberry and black cherry. I was quite impressed by the generous scoops. Our family of 5 was able to share and were pretty satisfied.

We had a quick break at the Nahalem City Hall which was touted as “the cleanest bathroom on the Oregon Coast” according to a framed letter hanging in the bathroom. It was true — the bathroom was clean and their toilets are like jet engines! So if you’re ever in this area, this is a good spot for a break.

Our next stop was Cannon Beach and we found a parking spot on a residential street of vacation homes. Cannon beach was long and sandy with the famous, Haystack Rock, proudly emerging to the south of us. The kids had fun digging in the sand for the largest sand crabs that we have ever seen. We weren’t prepared to play at the beach — especially Aria. I have to tell you, potty training while on a road trip is not ideal. The toddler was soaked from playing (face-planting) in the water — soggy pull-up and all.

Another point of interest that we found was the Peter Iredale Shipwreck. We parked at a sand-dune bordered beach which made it a bit of a workout to get to the water. There were a lot of families in the area and the shipwreck was pretty close to the shore as the tide was low enough to make it slightly accessible. The shipwreck was grounded in 1906 by high seas and wind and by the time the weather was good enough to tow it back out to sea, it had embedded into the sand. The eerie skeleton remains.

We stopped at Fort Stevens at the recommendation of a Costco gas attendant but found that we didn’t have enough time to explore it since we still needed to find a campsite.  We did make an effort to stop at the mouth of the Columbia River to admire it before we crossed it. 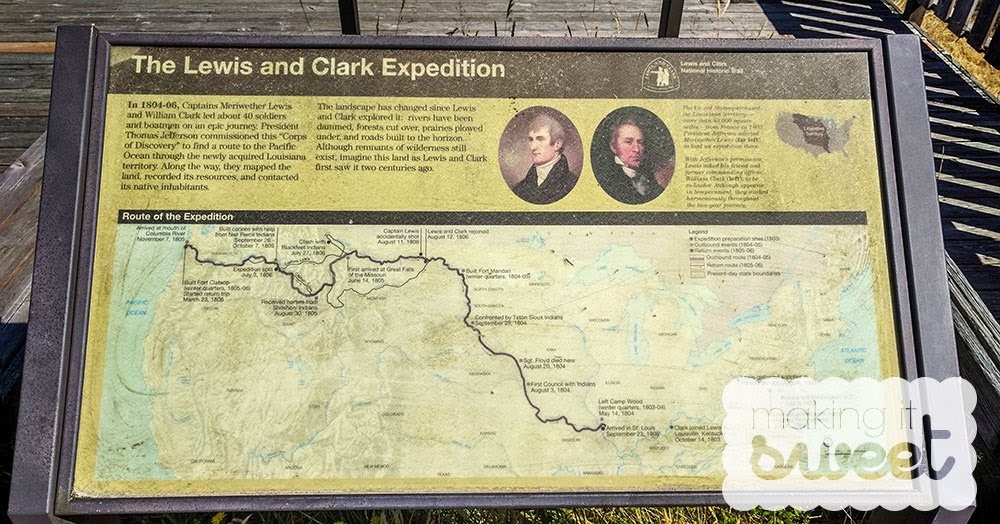 Disclosure: This post contains affiliate links. There’s no additional cost to you if you click and purchase items through the link — I just get a tiny commission.