It was our 8th day on the road and it was the turnaround point for our trip to make our way back to Southern California. But of course, we make the most of our stops along the way…

From Sequim Bay, we headed southeast to Kitsap Island and waited in the queue for a ferry in Kingston to go across the bay to Edmonds. The ferry system in Washington is amazing and surprisingly efficient. Vehicles stack on two lower levels of the boat and you can relax up above in seating areas or partake in the snack bar. The ferry we boarded, “The Puyallup”, could fit a max of 202 vehicles and a max of 2499 passengers! Ferries are not only limited to cars, we saw a few cyclists and “walk up” passengers boarding the vessel.

We headed south towards Seattle and encountered a lot of traffic on the spaghetti-like highways. Our intention was to visit Pike Place Market but everyone had the same idea and we were out of luck on parking spots. The last time we were here, Thom was on crutches from an ankle sprain and he couldn’t enjoy the experience. I’m sure we’ll be back again.

We were hungry for seafood and being in the Pacific Northwest, we specifically wanted salmon but were on a budget. Thom found Emerald City Fish and Chips on a Google search and despite some mixed reviews, we tried it out.

The restaurant was pretty unassuming, located in a not-so-touristy part of town. Inside was impeccably clean with limited seating indoor and outdoor. It was definitely a food-to-go kind of place. The food is like Louisiana meets the PNW. We ordered the Oyster Po’ Boy and Salmon Fish and Chips. It was the best meal of our whole trip! The oyster and salmon had a perfectly crisp cornmeal batter. We could actually taste the fish and oysters — It wasn’t over-battered to bulk up our meal. The tartar sauce is on-point!! They need to bottle that stuff. While we were eating, the chef came out of the kitchen and said, “You have to try this — It’s a smoked salmon chowder.” We instantly ordered a whole bowl of it after our taste. If you come here for anything it has to be that chowder!

I was really anxious to get to Mt. Rainier since all the campsites were first-come, first-served. We entered the National Park and drove quite a ways to see that all the campsites that were within reasonable driving distance of the entrance were taken. We put our hopes in finding suitable campsites outside the park to no avail. One site was in a restaurant parking lot and had no facilities whatsoever and we were not prepared for dry camping. We kept driving until it got dark and had to throw in the towel. We weren’t going to see Mt. Rainier.

We ended up sleeping in our van in a rest area in Maytown. We re-configured our seating arrangements since my daughter is taller than me and needed more legroom. I slept with the toddler on me in the middle row and the 8-year-old had the back seat and camping gear to herself. The kids said it was the worst campsite ever.

We got up early, used the rest area facilities and had a small breakfast at a McDonalds where we met two brothers, ages 19 and 23 who were walking to Portland from Seattle. We gave them a few bucks for their journey and prayed that they made it safely.

We attended Sunday Mass at St. Mary in Castle Rock. Fr. Bryan Ochs, the pastor, talked about how love makes us do impractical things. It made me realize that this whole trip is impractical. We have to set up our own lodging, we have go cook our own food outdoors, build our own fires, and drive to SO many places. But we do it all for love. We do it so that our family can see and experience places that we’ve never been before. It was just the message that I needed to hear to make up for the dreadful night that we had.

We socialized with the locals after Mass and had the best church donuts EVER. I mean, they were hand-crafted kind of good. The only other Filipino lady in the church struck up a conversation with me and some other family was hoping that we were moving there and not just passing through. It’s endearing that a small church put so much hope in new faces.

Once we left, we visited the little bake shop where the donuts came from to pay them a compliment. They weren’t so enthused. Although we were tempted to buy a dozen donuts there, the thought of 12 donuts being eaten throughout the day just didn’t sit well with us. Next to the bakery was a store for the kids to buy some kind of souvenir. The inside was full of eclectic items and smelled of burning incense. The store was run by a hippie who looks like he’s done a lot of traveling. He also kept his (sweet) huge dog in the store which caused some items to be covered in dog fur.

We crossed the highway on our way to Mt. Saint Helens. The road there revealed piles of volcanic ash, silty streams and colorful wildflowers. The area was slowly and steadily recovering from the devastating eruption from over 37 years ago. 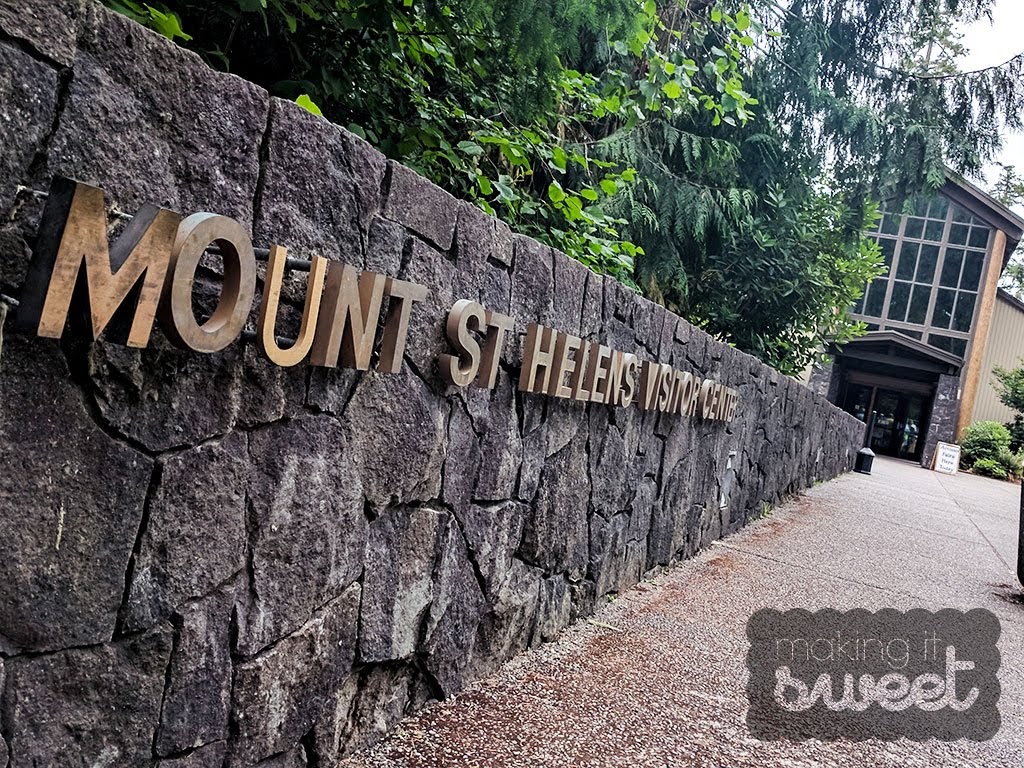 Once at the Johnston Ridge Observatory, we headed for the viewpoint and could clearly see the bowl that resulted from the blast on Mt. Saint Helens. The power of nature was truly on display. From there, we could see a few trails leading up to the mountain.

The exhibits within the visitors center were very educational and informative. We chose to view a movie about the blast that was quite fascinating. I was only 2 when the blast happened and don’t remember too much about it.

We were glad to have visited Mt. Saint Helens and if it wasn’t for Annie at Artic RV Park, it probably wouldn’t have been on our radar to see it (she said when the blast happened, the RV park was covered calf-deep in ash!). I wish we had more time to explore trails but there was no convenient route to the southern trails. Plus, we were running out of time to find another campsite. 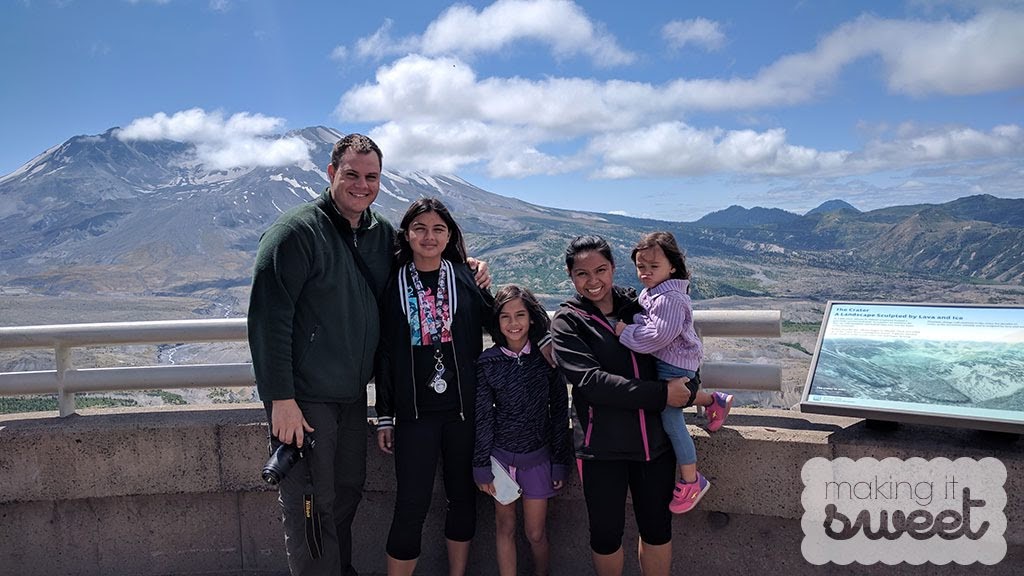