As you can see in the previous post, Mya was a robot for Halloween. She also wanted a robot birthday party and has been talking about it since August. I have to admit, this was the least planned party that I’ve ever thrown. Usually I’d be up on every detail but I didn’t get to most of the planning until two weeks before the party. The only thing that was ready were the invitations. Thom made the invitations since I was busy with the new baby. It was a CD with a recording of a robot voice inviting guests to the party with the song “Mr. Roboto” closing the message. RSVPs were done via website. 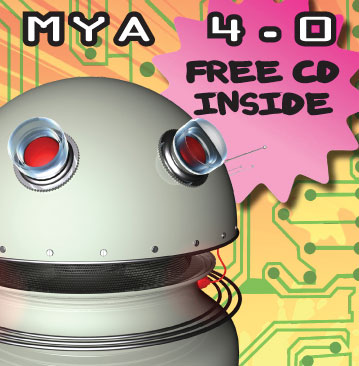 We had about 50 guests RSVP through our website – which was when I realized that I needed to make an emergency call to dad to help out with food. He really came through with all the food – it fed everyone and there was enough for “to-go” containers.

We had a few games and activities for the kids and parents. There was the limbo, “Robot Says”, musical chairs with parent/child pairs, the chicken dance (per Mya’s request).

Kids made robot costumes with their parent’s help: 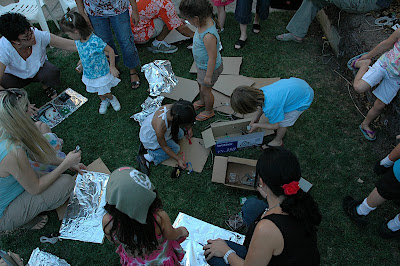 Thanks to Mr. Jerry, we had computer parts and discs, Thom raided Costco for their cardboard boxes and we used part of our mega roll of aluminum foil to make the robots. We had glue and tape available to connect all the parts

We had a robot parade once all the costumes were made. The parents were real creative!! 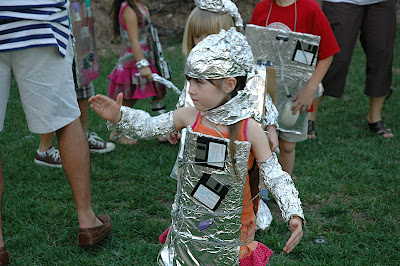 Kids made robots out of marshmallows and toothpicks. It’s interesting how robots compare from child to child: 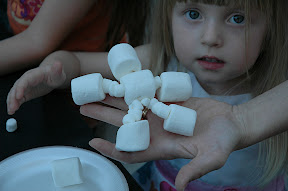 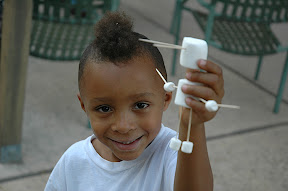 Next was cake time! Due to time constraints, I couldn’t make a whole robot like I I originally planned. So she just got a big robot head. 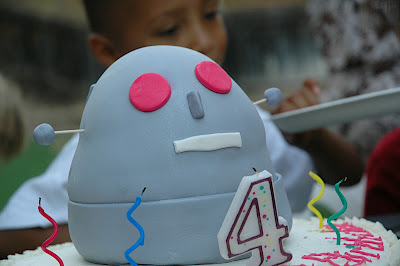 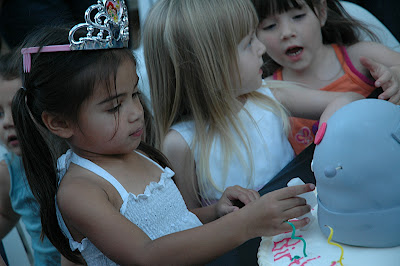 Just for the record – some kid put that tiara on Mya – She’s not a “princess” type of
kid at all.

Kids left with a goody bag containing “robot parts” such as wires (string licorice), buttons (M&Ms), circuit boards (Andes mints), Nerds and this plush robot that I sewed up and stuffed with the help of Phuong: 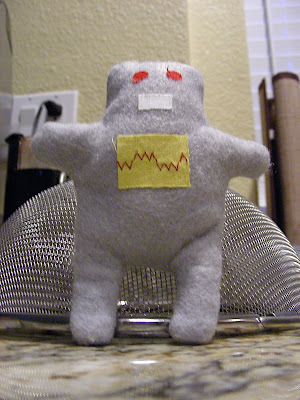 All in all, it was a great party despite us cleaning and prepping from the moment we woke up until an hour into party time. Mya had fun as well – you could tell since she didn’t mind having her shoes on the wrong feet for the entire party, she got grass stains in her jeans and muddied up her nice white top. Next time we’ll try not to plan on having a baby so close to another birthday. Maybe we’ll be more prepared next time.

One thought on “Mya 4.0 Robot Birthday”