I just got off of another weekend working a spiritual retreat as part of the music team. In preparation for these retreats, volunteers pray for one another and the guests who are making the retreat. Prayer could be in many forms, some people made sacrifices such as giving up french fries for weeks, others offered up Masses and prayers. I used to run a mile for each person making the retreat, but let’s just say that recovering from childbirth was harder the third time around. So instead, I made bookmarks and said a prayer for the person I was making it for.

These bookmarks (or book thongs) were for my music team. Each had a cross and the musician’s initial. I’ve made these bookmarks with kids before and they always look like a piece of jewelry adorning a book. The best part is that they are pretty easy to make with tools you should have around the house.

You can purchase most of these supplies at a craft store. I got the waxed cord and glass beads at Michaels and the charms were from Hobby Lobby. You can certainly purchase all of these in one place — I just had cord and beads laying around from a previous project.

Read on for the full tutorial. I apologize in advance for the fuzzy phone pics. I was working on a wobbly table that the kids were playing under. 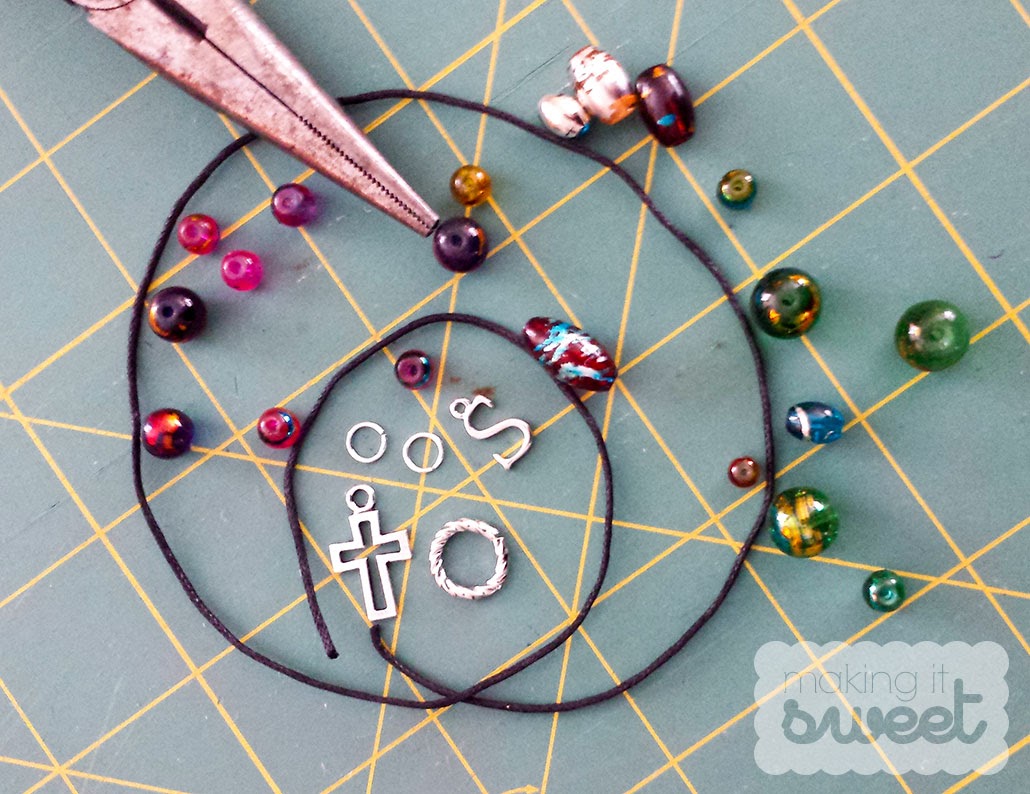 For this bookmark you need: 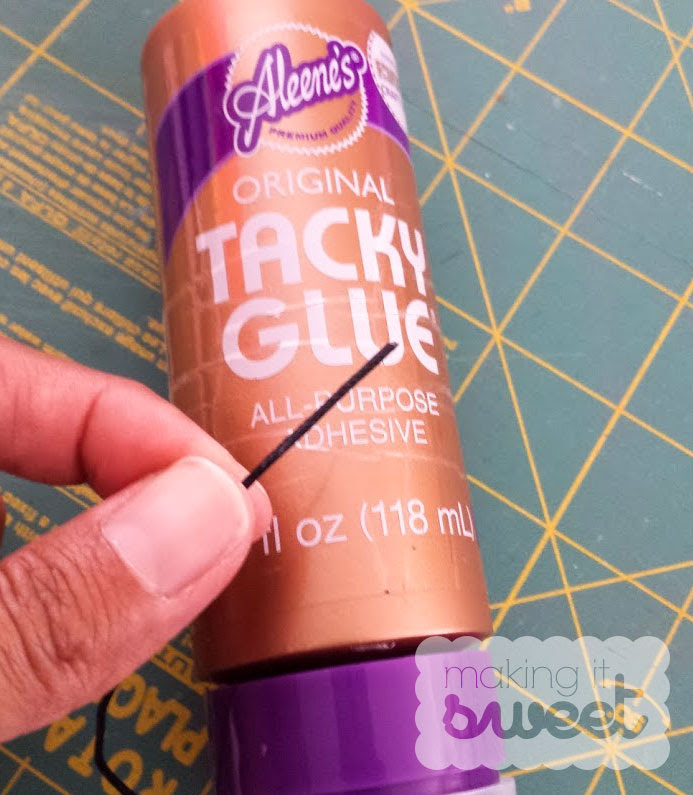 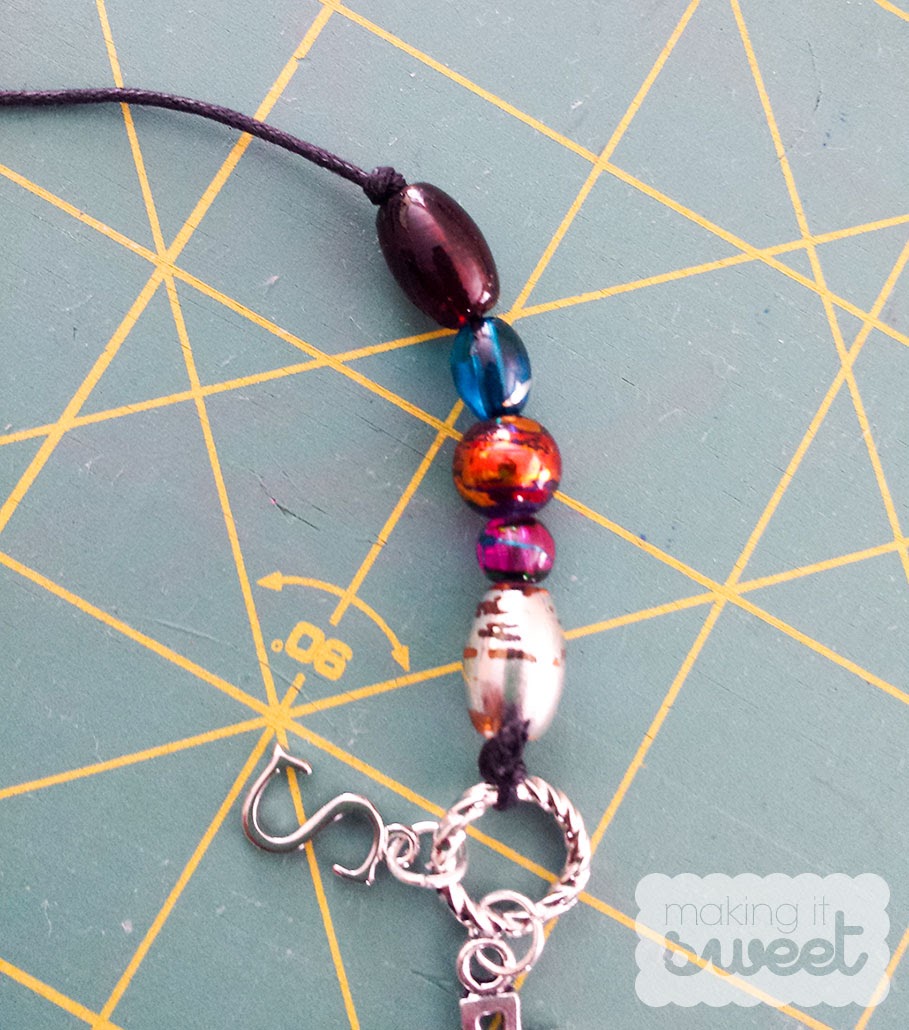 4. String first set of beads
String about 3 inches of beads on the charm-end of the cord then secure the beads with a knot 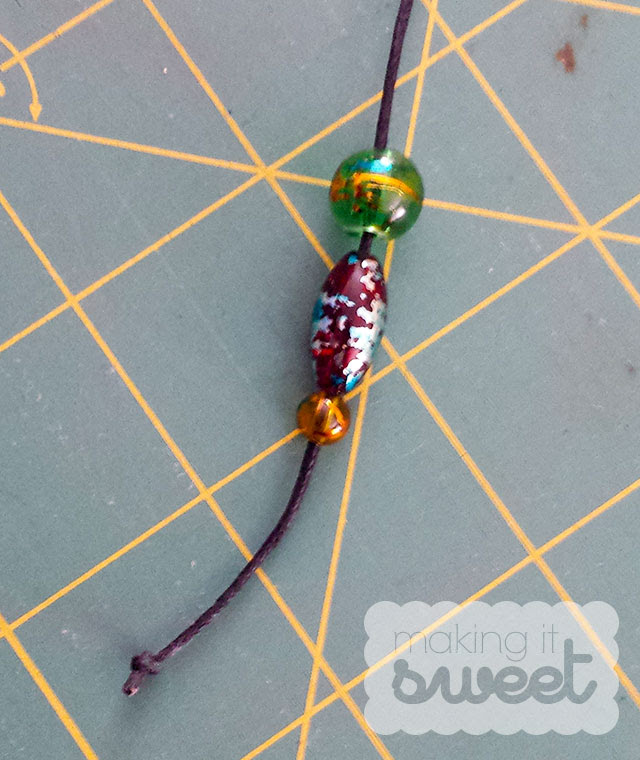 5. String end beads
String the last set of beads for the end of the bookmark (about 2 inches of beads) and knot the very end of the cord. Dab nail polish or glue to secure the end. 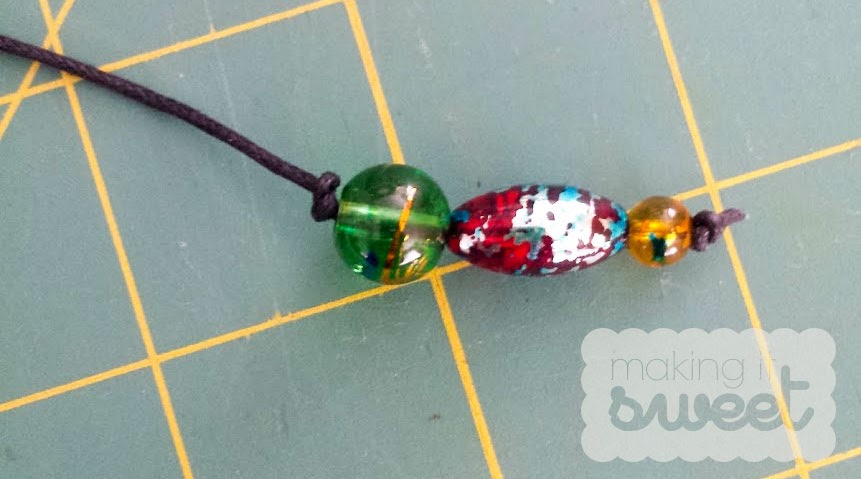 6. Knot end beads
Once the nail polish is dry, push the beads towards the end and knot the cord to hold the beads in place.

That’s it! You can make a whole bunch of these at one time. I made eight of these in about half an hour. They’re so pretty it will make you want to take your books with you wherever you go! 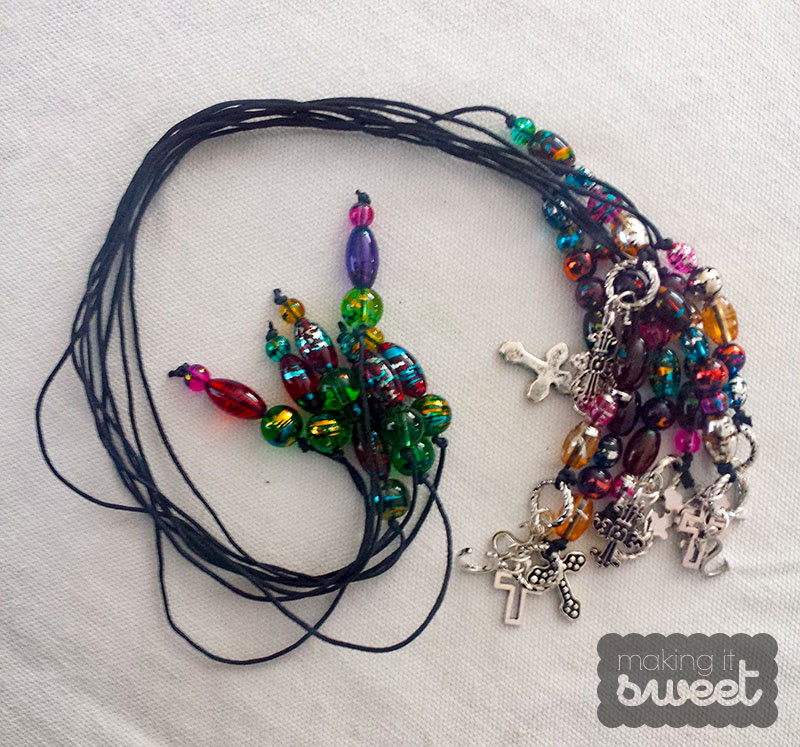 One thought on “DIY: Beaded Bookmarks”